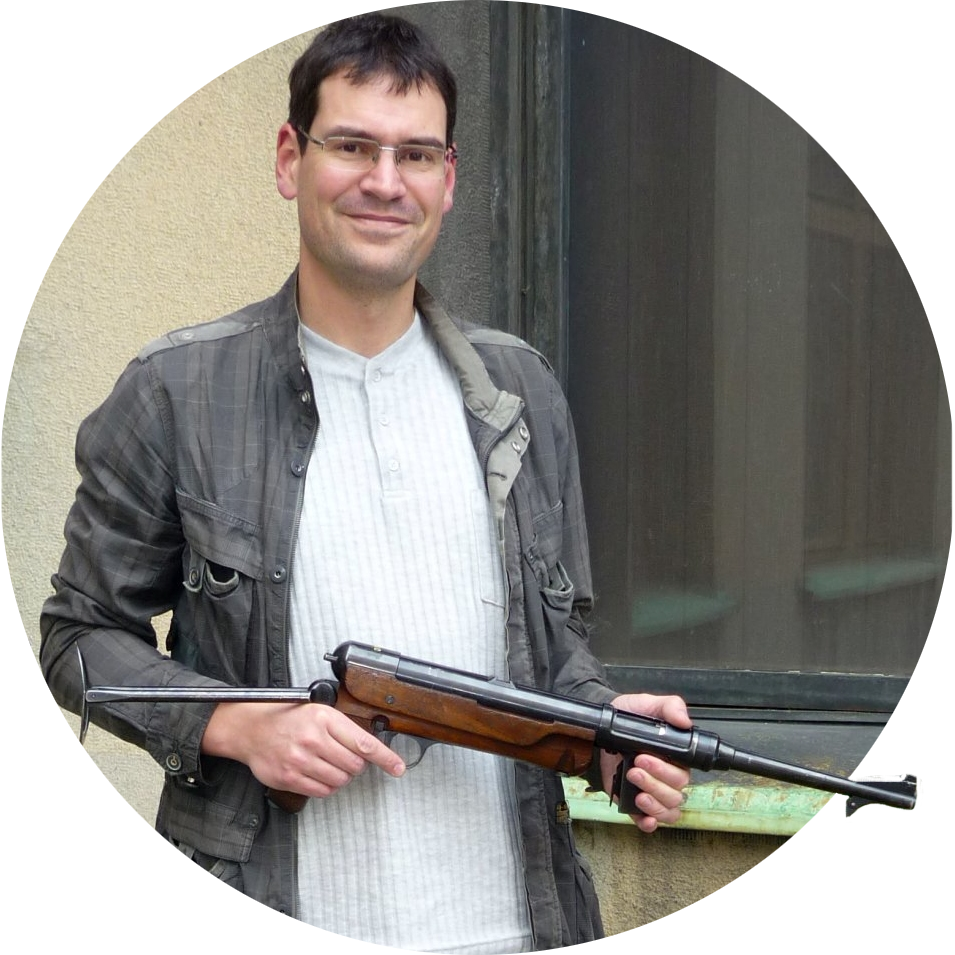 Michael Heidler is researching military history and weapons technology for more than thirty years, especially the development of automatic weapons and their ammunition. He has written more than 150 articles for arms magazines in various countries as long as ten books, of which ‘German Secret Armament Codes until 1945’ became a standard work on German manufacturer markings.

On the picture, Michael Heidler holds a rare German EMP36 at the Praque military museum.